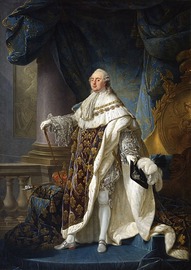 Louis XVI was the last king of France before the fall of the monarchy during the French Revolution. He was referred to as Citizen Louis Capet during the four... Wikipedia